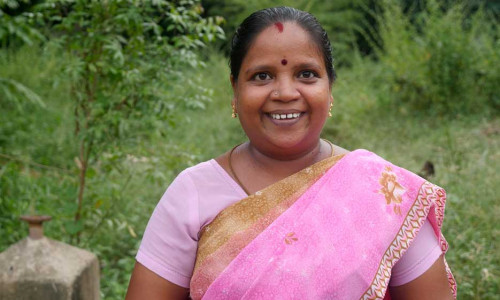 Every morning, *Malini watched from her window as two women walked together out of the village. She wondered where they went each day and what they did all morning, returning only in the afternoon. The women always seemed excited, and sometimes carried bags, happily chatting and laughing as they walked back home.

In Malini’s village near Alamathi, Chennai, once a girl is married, she is confined to the village and her household duties. Malini’s husband worked as daily labourer and left home early in the morning. Once she had finished her cooking, cleaning, and washing for the day, she was bored at home with nothing to do except watch TV. It surprised her that these two married women were allowed to go somewhere everyday while she was so bored. So curiosity got the better of her, and she finally went to inquire of them.

Malini learned that Inter-Mission India had started Tailoring Classes for women in and around Alamathi, where women like her learned to use sewing machines and stitch different kinds of clothes, right from children’s dresses to saree blouses and salwars. She saw the lovely pieces the other women had already made. Not only was it interesting and useful to learn, but it only cost Rs.50 for a 3-month course, less than even a whole day’s wages. Malini was thrilled when her husband allowed her to get enrolled in the tailoring classes as well. 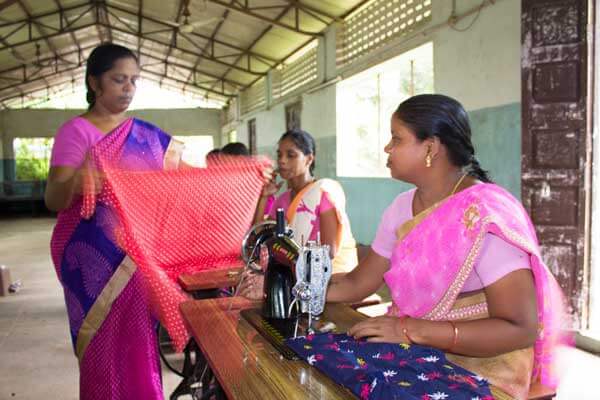 Walking 2km in Chennai’s sun wasn’t easy at first for someone who spent most of her days at home, but the anticipation of going to the Tailoring Class gave Malini a special boost of energy, and she barely felt the strain. She was happy to make friends with several other women from the nearby villages. Their teacher was a particularly nice lady, who took time to talk to each of them and made them feel comfortable.

Over the course of 3 months, Malini learned to cut and sew beautifully. She could stitch her own blouses, as well as her family’s clothes. Even if anything tore at home, she was eager to sew it back. Her family was proud of her accomplishments in such little time.

Malini also learned about being an independent woman, how to care for her family as well as herself, and how to handle family problems. What had started out as just an opportunity to go out of the village to learn something new quickly became her extended family and life support. 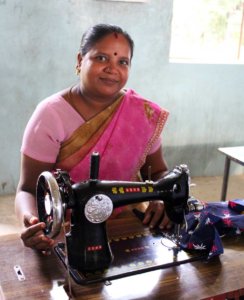 Now a graduate from the Tailoring Centre, Malini would love to have her own sewing machine, so that she can start her own little business right in her own home and support her family.

Inter-Mission India continues to work with women like Malini, encouraging them to learn new skills and empowering them to stand on their own feet. In addition to Tailoring Classes, plans are underway to start Computer Classes and Spoken English Classes as well.