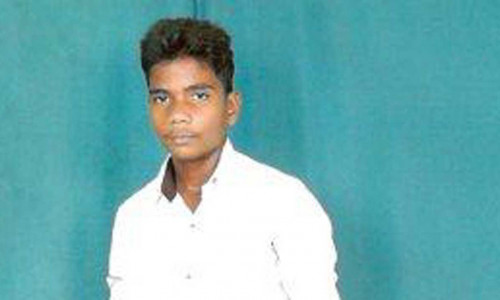 *Ravi & his brother Kumar had tragically lost their mother to the Tsunami of 2004. Their father was an alcoholic with several petty crimes filed against him. He remarried soon after, and had two other children, leaving Ravi and Kumar completely neglected.

Ravi & Kumar joined an Inter-Mission home opened specially for children affected by the Tsunami in 2006, and studied up to SSLC. Ravi did not do well in his SSLC exams, but was keen on studying Catering. So with the help and advice of his Home Parent, he started working small jobs, earning a small daily wage, and saving money in a bank account.

Recently, Ravi was able to get admission in a good Catering College in Nagapattinam, working part-time in a fast food joint to pay his fees. Meanwhile, Kumar completed his Poltechnic studies and is now working in a company in Kanchipuram.

Both Ravi & Kumar still have no family to go home to. Their only family is the one they found at the Inter-Mission Tsunami home. They do have one great hope for their future, knowing their Heavenly Father loves and cares for them.